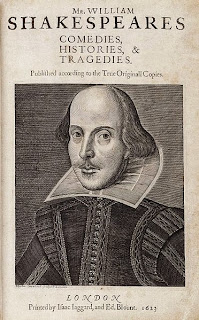 January is the month of my birth. This year, for no particular reason, it has occasioned some reflections about my family history. The first American Wallings arrived on this continent in 1623 at Plymouth Colony, which today is the town of Plymouth, Massachusetts. They were Ralph and Margaret Wallen (a variant spelling in a time before spelling became more standardized). They embarked from London, probably at the port of Southhampton. I don’t know whether they traveled first class or steerage. My bet would be on steerage, as we seem always to have been a working class family. Two ships from England arrived that summer at New Plymouth, as the Plymouth Colony was then known: the Anne and the Little James. The Anne, which arrived in July, carried the Wallens.

The year 1623 was eventful—but, then, isn’t that true of all years. Back in England, King James I sat on the throne, some twenty years into his reign with a couple more to go before his death in 1625. William Shakespeare had died seven years earlier, in 1616, but 1623 was the year that Martin Droeshout’s engraved portrait (above) of the playwright appeared on the First Folio, published in November that year and containing thirty-six plays, half of which had not previously been published. Shakespeare’s widow, Anne Hathaway, had died on August 6, scarcely three months earlier.

On the continent of Europe, active artists included Bernini and Caravaggio in Italy; Rembrandt, Rubens, and Anthony Van Dyke in the Netherlands; and Velázquez and El Greco in Spain. The Renaissance had given way to the Baroque period, and the Dutch Golden Age was in full swing. Europe also was in the midst of the Thirty Years War (1618-48), although England remained largely on the periphery.

Matters were not without interest in the New World. In November of 1623 a fire destroyed several buildings at Plymouth Colony. This disaster, however, did not deter the colonists from celebrating the settlement’s actual “first” Thanksgiving. The First Thanksgiving of legend, of course, occurred in 1621, almost a year after the Mayflower landed, bringing the first settlers. However, that event would not have been known as “Thanksgiving” to them. It was more properly a simple harvest festival, celebrated by the 53 surviving colonists and some 90 members of the Wampanoag tribe of Chief Massasoit. The first Thanksgiving known as such happened in 1623, in response to the good news of the arrival of additional colonists and supplies, namely on the Anne and the Little James. I imagine that Ralph and Joyce Wallen took part in the celebration.

Ralph and Joyce had married in 1620. By the time they arrived in Plymouth Colony, Ralph was thirty-three and Joyce was twenty-eight. Four years later, in 1627, the first of my direct forebears to be born on North American soil, arrived. He was named Thomas, the first of several of my American ancestors to bear that name. Unfortunately, he was still a teenager when he was orphaned, as Joyce died in 1643. Ralph preceded her in death by a decade, succumbing in 1633, at the age of forty-three.

Thomas would live on to marry twice, to move to Providence, Rhode Island, and to pursue the family’s nomadic tradition, which has continued to my own time. While I reflect in my natal month that life has been an interesting journey on a personal level, I am conscious that the journey of my family over the course of at least the past four centuries has been even more interesting. My genealogical investigations to date have barely scratched the surface. There’s an implicit New Year’s resolution in that.
Posted by Donovan R. Walling at 2:58 PM No comments: